2020 has been another banner year for California employment laws, with legislation and Cal/OSHA rulemaking associated with COVID-19 prevention and reporting taking center stage.  In our annual update of new employment laws impacting California private sector employers, we lead off with California’s COVID-19 related laws, given their far-reaching impact on the state’s workforce during the pandemic as employers continue to implement measures to prevent the spread of COVID-19 in the workplace.  We have also addressed other substantive legislative developments, particularly in the areas of wage and hour law and reporting of employee pay data.  Unless otherwise indicated, these new laws will take effect on January 1, 2021.

Temporary Emergency COVID-19 Prevention Rule Not to be outdone by Virginia OSHA, Oregon OSHA or Michigan OSHA, Cal/OSHA adopted an onerous COVID-19 specific temporary emergency regulation effective November 30, 2020.  Below is a detailed summary of how we got here, as well as an outline of what the rule requires.

On November 19, 2020, the California’s Occupational Safety and Health Standards Board (Standards Board) voted unanimously to adopt an Emergency COVID-19 Prevention Rule following a contentious public hearing with over 500 participants in attendance (albeit virtually).  The Emergency Rule was then presented to California’s Office of Administrative Law

for approval and publication.  The Rule brings with it a combination of requirements overlapping with and duplicative of already-existing state and county requirements applicable to employers, as well as a number of new and, in some cases, very burdensome compliance obligations.

The Standards Board’s emergency rulemaking was triggered last May with the submission of a Petition for an emergency rulemaking filed by worker advocacy group WorkSafe and National Lawyers’ Guild, Labor & Employment Committee.  The Petition requested the Board amend Title 8 standards to create two new regulations END_OF_DOCUMENT_TOKEN_TO_BE_REPLACED

As the private sector continues to see a decline in labor union membership among employees, labor unions are struggling to remain relevant and recruit new, dues-paying members.  Traditionally, when a labor union begins an organizing campaign at a workplace, the federal agency at the center of the process is the National Labor Relations Board (“NLRB”).  The NLRB’s purpose is to protect the rights of workers to organize and to freely choose whether or not to be represented by a labor union.  Indeed, the NLRB is an intrinsic part of the election process, and the NLRB may also become involved in a union organizing campaign if, for instance, the union asserts that the employer has committed an unfair labor practice.

However, unions are more and more often engaging with or depending on the regulations of other federal agencies as a tactic to gain leverage during organizing campaigns.  There are numerous ways a union may influence the outcome of an organizing campaign by using federal agencies, such as the Occupational Safety and Health Administration (“OSHA”) or the Wage and Hour Division (“WHD”) of the Department of Labor (“DOL”), to persuade employees to embrace the union, or to put pressure on employers to concede to union representation.

Taking OSHA as an example, an on-site workplace safety inspection, or even just the threat of an inspection, can impact an organizing campaign in a manner favorable for the union.  The threat of making an OSHA complaint or inviting OSHA into the workplace to conduct an inspection can put pressure on an employer to stand-down against a union’s organizing efforts, even if it does not believe a particular violative condition or safety hazard exists.  A safety complaint could spark an OSHA inspection and, with 75% of all OSHA inspections resulting in the issuance of at least one citation, the chances are high that the employer would have an OSHA enforcement action on its hands. END_OF_DOCUMENT_TOKEN_TO_BE_REPLACED

By Jordan B. Schwartz

President Trump originally chose Andrew Puzder, the CEO of CKE Holdings, the parent company of Carl’s Jr. and Hardee’s, as his nominee for Secretary of Labor. 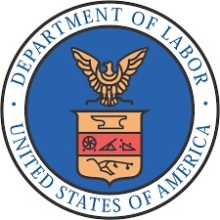 However, on February 15, 2017, one day prior to his much-delayed confirmation hearing, Mr. Puzder withdrew his name from consideration amidst reports that he would not receive the required Senate votes necessary for confirmation.  Mr. Puzder’s nomination was knocked off track by allegations that he failed to pay workers overtime pay, hired an undocumented worker in his home, condoned sexual harassment, and opposed legislative efforts to address those problems.  The next day, President Trump officially tapped former U.S. Attorney Alex Acosta for the position.

If confirmed as Labor Secretary, Mr. Acosta will oversee the federal apparatus that investigates violations of minimum wage, overtime and workplace safety laws and regulations.  Mr. Acosta would also be the first Hispanic member of President Trump’s cabinet.

Mr. Acosta has a strong public service background.  After graduating from Harvard Law School, he clerked for Judge (now Supreme Court Justice) Samuel Alito on the Third Circuit Court of Appeals.  He has also served as a member of the National Labor Relations Board, head of the U.S. Department of Justice’s Civil Rights Division (both of which he was appointed to by President George W. Bush), and U.S. Attorney for the Southern District of Florida.  Most recently, Mr. Acosta served as

END_OF_DOCUMENT_TOKEN_TO_BE_REPLACED

By Andrew J. Sommer and Lindsay A. DiSalvo

President-elect Donald Trump has chosen Andrew Franklin “Andy” Puzder to nominate as his Secretary of Labor, according to Trump’s transition team.  Mr. Puzder is the CEO of CKE Holdings, the parent company of Hardee’s and Carl’s Jr.  He has been a vocal critic of the Obama Labor Department’s overtime regulations and efforts to increase the federal minimum wage.

As Labor Secretary, Mr. Puzder will oversee the federal apparatus that investigates violations of minimum wage, overtime and workplace safety laws and regulations.

Puzder on Wage and Hour Issues

An increase in the federal minimum wage and an expansion in overtime eligibility have been priorities for the outgoing Secretary of Labor Thomas Perez.  On Sec. Perez’s watch, the Department of Labor has issued new overtime regulations increasing the minimum salary threshold level in order to qualify an employee as exempt from overtime.  Mr. Puzder denounced this new overtime rule.  In an op-ed piece earlier this year in Forbes, Puzder said:

“[the overtime regulation] will add to the extensive regulatory maze the Obama Administration has imposed on employers, forcing many to offset increased labor expense by cutting costs elsewhere. . . .  [This cost cutting would result in reduced opportunities, bonuses, benefits and promotions.]”

The status of the new overtime rule is presently uncertain after a Texas federal court temporarily blocked the rule from taking effect.  The U.S. Court of Appeals for the Fifth Circuit has just granted the Department of Labor’s request to expedite the appeal from that preliminary injunction order, but that appeal is unlikely to be decided before Trump is inaugurated as the next president on January 20, 2017.  Accordingly, under Mr. Puzder’s leadership, the DOL could very well withdraw the pending appeal before a decision is issued by the Fifth Circuit, and otherwise not support the new overtime rule. Even if the overtime rule eventually takes effect, Puzder’s arsenal will include the authority to engage in rulemaking to roll back or modify the overtime rule, consistent with the notice and comment process under the federal Administrative Procedures Act.